Located 35km north of Istanbul and nestling on the edge of the Black Sea, Istanbul Airport (IST) is undoubtedly one of the largest facilities of its kind in the world. It is certainly the largest terminal operating under one roof and covers an area of 76.5km2. Managed by Istanbul Grand Airport Havalimani İşletmesi A.Ş. (IGA), IST was officially opened by the Turkish President Erdogan on 29 October 2018.

Despite its colossal size, IST’s history in the aviation industry is relatively short. Its beginnings can be traced back to 2013, when the DHMI (General Directorate of State Airports Authority of Turkey) awarded a 25-year contract for the construction and operation of IST to a consortium that subsequently founded IGA.

The first construction phase was finalised in 2018 with the opening of two runways and a terminal building with capacity for 90 million passengers. Once complete, the new airport will connect to more than 300 destinations and handle over 200 million travellers annually. Istanbul’s former main airport – Atatürk – ceased commercial flights in April 2019, with the majority of routes transferring to the new airport. 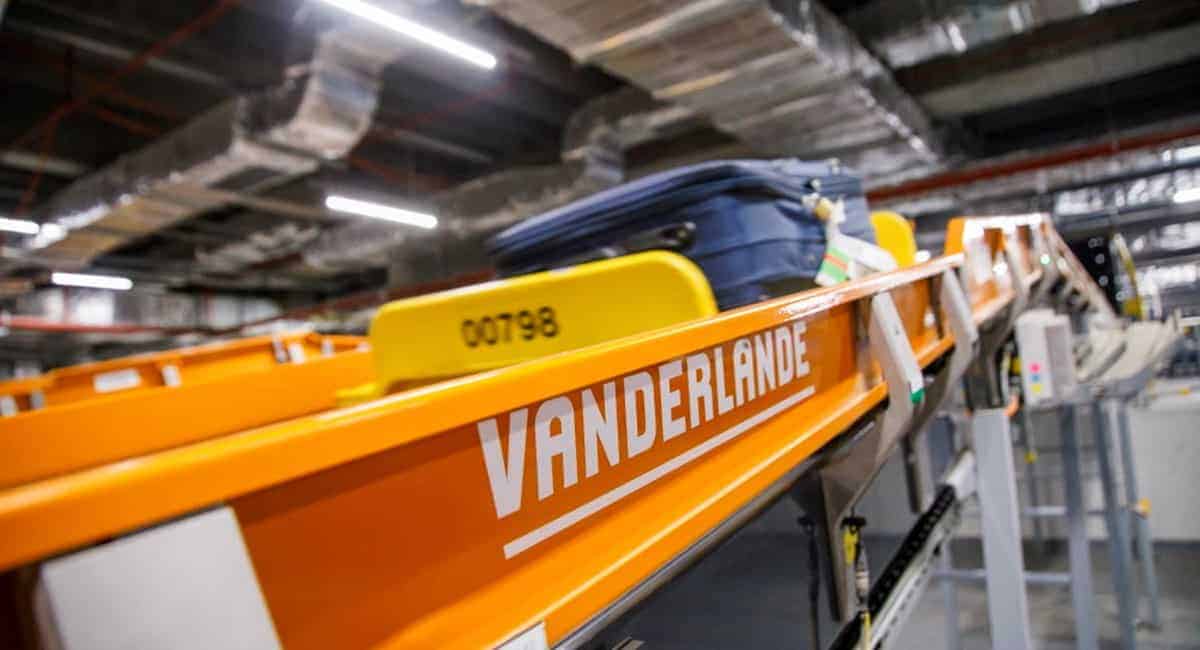 In January 2016, IGA awarded the BHS project to Vanderlande. In order to meet IST’s challenging deadlines and complex requirements, Vanderlande proposed an innovative, large-scale solution that combined hardware, software and life-cycle services. The design included several state-of-the-art technologies with TUBTRAX at its heart – the first individual carrier system (ICS) in the world to enable 100% tracking and tracing of all baggage.

TUBTRAX’s modular design gave Vanderlande the flexibility to construct a system that best satisfied IGA’s needs. The system makes optimal use of space and provides in-tub screening that is compatible with Istanbul’s 24 ECAC Standard 3 machines. In addition, Vanderlande installed its 100% redundant racking-based BAGSTORE early bag store (EBS), in which up to 10,800 bags are accessible by 48 cranes.

With the EBS system on site, IST can facilitate a batch-build process, which increases the productivity of the airport’s flight make-up. In addition, Vanderlande integrated a wide range of other equipment, from the check-in islands to the make-up carousels. The largest airport built from scratch in the world, IST was completed in a record time of 42 months and designed using a modular platform approach.

In terms of software, 28 servers were installed in both server rooms and 60 workstations fitted in both control rooms, as well as a CCTV system containing 450 cameras, and 120 conveyor control systems (PLCs).

However, the ‘brain’ of IST’s BHS operation comes courtesy of Vanderlande’s intelligent software suite – VIBES – which provides control over all the logistic processes related to baggage handling. It includes a batch-build software module that supports a batching – or ‘pull’ – process in conjunction with BAGSTORE. Vanderlande also included a training package with VIBES to enable IST’s operators to learn the system long before the airport went live.

According to Ersin, Vanderlande’s IT capabilities were evident throughout the project: “It’s the first time that my team has used VIBES and it provides a strong platform, clear dashboards and an easy to access reporting structure. It has been designed in such a way that makes it ‘plug and play’, so we are able to add further modules if required. VIBES is also highly flexible, which is helpful when integrating our systems with third-party technologies.

“The Vanderlande system is smart, safe and most reliable. From the low-level right up to the high-level controls, including the PLCs and software configurations, it provides tremendous security. The solution is also fully redundant, which is absolutely critical to our operations. As far I know, it is the first system of its kind that Vanderlande has implemented anywhere and has an availability level of 99.99%.”

For Dominic, one of the key features of Vanderlande’s integrated solution is the ICS system: “Even though it wasn’t specified by the Turkish Government, we made an early decision to incorporate ICS. Given the great distances that need to be covered at the airport and the tracking requirements, it was the logical answer. I think what distinguished Vanderlande from the competition was the superiority of its ICS solution and it has proved to be the best option for us.

“We also had a discussion about energy consumption and efficiency, and Vanderlande scored highly in this respect with its ICS system. That’s manifested itself, because we have lower power consumption than I expected. In fact, it was probably doing 50% of what I predicted during peak periods and that’s really special.”

Vanderlande’s integrated solution is completed by a package of life-cycle services. Chief among these is the five-year operations and maintenance (O&M) agreement. Within this performance-based contract, Vanderlande is responsible for the IT and controls, maintenance and operations, as well as the operational performance of the BHS. Its comprehensive service team comprises over 275 personnel, who will be active 24/7. 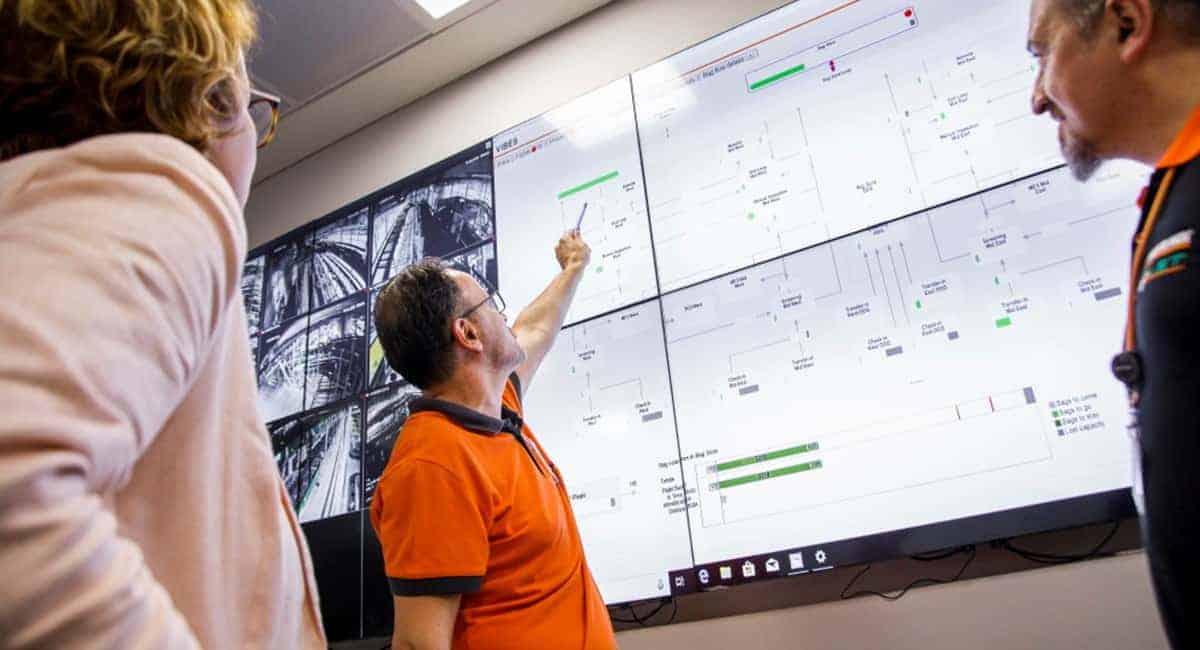 On 8 December 2017, the last conveyor was installed, bringing the total length of the system to 42.5km (of which 18km is ICS). After 24 months from the award of the contract, Vanderlande’s dedicated international team had achieved a world record in BHS engineering, supply and installation. The result is that IST can offer one of the shortest in-system times for bags, contributing to a seamless experience for passengers.

The ramp-up was a complete success due to the redundant design of the solution, extensive testing, transition management and dedication of the O&M team. The project not only showcases the strength of Vanderlande when it comes to engineering and installing a BHS, but also its knowledge in the integration of a complex system in close cooperation with all stakeholders. It was also recognised multiple times as a ‘best-performing contractor’ at the challenging construction site.

Vanderlande’s integration capabilities did not go unnoticed by Ersin, who had previously worked with the company on other projects: “I have over 15 years of experience working alongside Vanderlande, in Saudi Arabia, Macedonia and Georgia, for example. To work with them again filled us with confidence, because we knew that they had the required infrastructure and proven technology to make Istanbul Airport a success.

“Integration covers the entire value chain at an airport, so we knew early on that we could not make any progress without an effective integration between our IT systems and the BHS. That’s why the decision to select Vanderlande was critical. Without a smooth integration with the BHS, we cannot maintain an effective operation or offer airlines a competitive service. It was a huge challenge, but with a partner like Vanderlande we have brought one of the most technologically advanced airports in the world to life.”

For Dominic, the smooth integration between multiple systems was also a benefit of having selected Vanderlande for the project. However, there were also other factors that contributed to IST’s success. “The key aspect is the BHS’s modularity, because it is actually four equal systems with crossovers and loops. This meant that we were able to reserve a quarter of the BHS for operational trials and training, while installation work continued elsewhere.

“Our board recognised that it wanted to use the latest systems, so it was a conscious decision to invest in Vanderlande’s high-level controls. We needed to have an extremely capable system that performed to a high standard. In the end, we’ve applied technology that some can only dream about using, and we’ve done it on a scale that no one thought would work.” 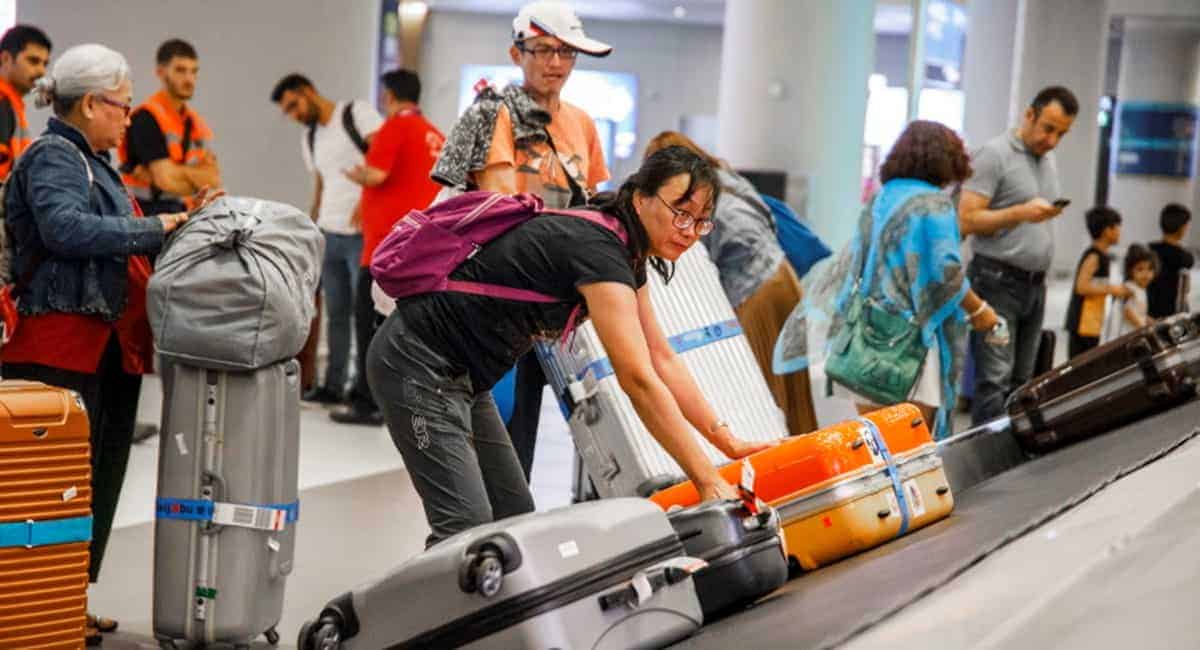 However, simply because IST is open for business, it does not mean that the job is yet completed. Expansion is set to continue and by 2025 it is estimated that the airport will handle over 200 million passengers a year, as well as employ around 225,000 people. According to Ersin, all the achievements to date between the airport and Vanderlande have created a strong platform for further developments.

“It’s been a long journey. We started in 2015 and faced many challenges together along the way. At every stage, we continually found a way to move forward in cooperation with Vanderlande and its project managers. The result can be seen all around us, and we’ve both done a great job. At the end of the day, I’m delighted to be working with Vanderlande, because they approach every challenge professionally and always find a way to support us.”

All things considered, it has been an emotional journey for Dominic: “The construction programme, delivery, commissioning and opening – every milestone has been impressive, and we achieved it all in less than four years! During the opening, Vanderlande was entirely supportive, from the technical teams on the ground up to the members of the board – and the execution during the opening was totally professional.

“Vanderlande delivered on its promises and came to the party. We had minimal issues and always found a way to work together. Personally, it was an emotional moment for me during the opening when it all starting running, and now people are looking at Istanbul Airport all over the world and saying ‘wow, they’ve done it!’”

The construction of IST was necessary for a number of reasons, as IGA’s CIO Ersin Inankul explains: “The project was crucial, because Istanbul’s location has always been of special historical significance. It’s at the centre of Asia and Europe, which means that any airport is naturally going to receive a high volume of transfer passengers.

“That’s what we knew from Atatürk, so the new airport was designed to become one of the largest air hubs in the world. Our main objective is to move passengers from Asia through to Europe and the USA, and vice-versa. Even now, we see that 65% of all passengers at IST are transfers and passenger numbers are still booming in Turkey.”

IST confirms Turkey’s commercial and tourist potential, and is intended to promote the country as a point of interest for trade. For IGA’s Special Airport Systems Director Dominic Liddell, the airport offers the ideal platform to support this vision: “As a hub, it’s in the perfect location. If you look at a map, running from east to west, Istanbul is absolutely at the centre of the world. To go through the city doesn’t add to your journey time, and strategically that’s going to be crucial for both the airport and our passengers.”

Atatürk Airport was situated in the heart of Istanbul in an urban area. There were increasing problems associated with air traffic congestion and, due to limited capacity, the Turkish Airport Authority could not allow additional cargo or charter flights. This situation was also having an impact on the country’s main carrier, Turkish Airlines.

Owing to the lack of slot capacity and parking positions, some of the company’s aircraft were based in Sabiha Gökçen Airport, Istanbul’s second airport, which was already at maximum capacity. In 2015 and 2016, the two airports handled almost 90 million passengers, and more than 95 million in 2017. Everything pointed towards the construction of a completely new airport to the north of the city.

“Turkish Airlines has seen rapid growth over the past ten years and is now one of the largest airlines in the world,” continues Ersin. “They’re continually buying new aircraft, but didn’t have enough parking positions to house them at Atatürk. There, they had around 40-60 slots, but there are more than 350 parking positions at the new airport. IST provided them with an excellent opportunity to scale up their operations.”

Another challenge that IGA had to consider was the changing expectations of its passengers (hailing from Europe and the Middle East) in terms of baggage. At Atatürk Airport, the average check-in bag rate for each passenger was 0.8-1 per person. At IST, the figure was predicted to be closer to 1.2-1.5, which represented a significant challenge to both the IT and baggage handling system (BHS) infrastructures.